Business and Economy of Siliguri

Siliguri has been rightly known as the principal commercial city in North Bengal. This has also partly been for its strategic placement near state and international borders connecting different states, nations and communities together for trading and social purposes. The prominence of Siliguri as a business centre has been growing by leaps and bounds post-independence. Not only this, the unique location commanded by Siliguri is being used by the Bangladesh and Nepal governments to transport rice and other essential commodities as a gesture of international co-operation. Siliguri is also the transit point for the Silk Route or trade route between Tibet (China) and India besides being n important trading route between Bhutan and India. 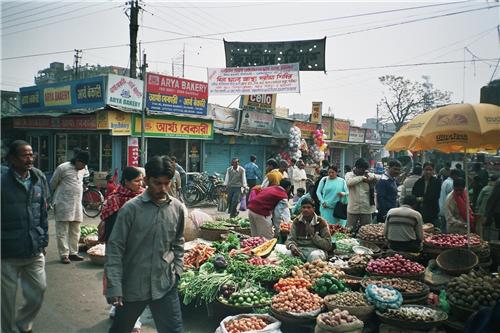 Trade and business in Siliguri is said to revolve round the four Ts; Tea, Tourism, Timber and Transport. In addition to these flourishing businesses, Siliguri is also developing as a satellite IT hub with the Siliguri Jalpaiguri Development Authority overseeing its progress. In view of the pivotal economic role which Siliguri plays in the entire eastern region of India, it has been made the headquarters of Siliguri of FOCIN or Federation of Chamber of Commerce and Industry of North Bengal.

Siliguri is the focal business point for the vast number of tea plantations in North Bengal. While the Darjeeling region produces top quality broken leaves, whole leaves as well as fannings, other parts of North Bengal are reputed for their green leaves and CTC.  The tea industry of Siliguri caters to all parts of the business from tea production, manufacture and supplying tea. The Siliguri Tea Auction Centre was established in 1976 with an adequate number of seller members, buyer members, brokers and a registered warehouse area. Its sales reached a peak in 1988 selling 99.0 million kilograms of tea. 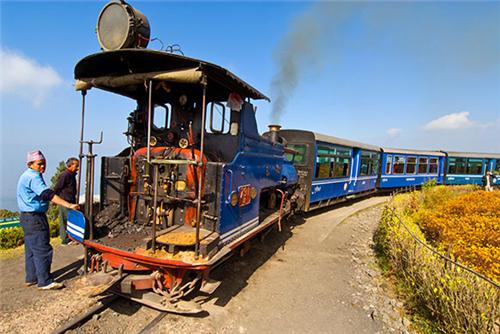 Siliguri has a flourishing tourism industry. This is both due to the advantageous position that Siliguri has in being the last major rail terminus before heading for the eastern hill stations like Darjeeling, Kurseong, Kalimpong, Gangtok, Mirik and having some attractive tourist destinations within the city limits. Some of the local tourist spots include the Madhuban Park, Mahananda Wildlife Sanctuary, North Bengal Science Centre, Surya Sen Park, ISCKON temple, Kalchakra Monastery, Sed-Gyued Monastery in Salugara etc. These huge influx of tourists sojourning in Siliguri are catered to with an efficient infrastructure which includes large number of hotels, restaurants and shopping complexes. Siliguri is also reputed as a shopper’s paradise and has multiple handicraft stores selling canework and furniture at its local street markets. Economic boom in SIliguri is also witnessed in the coming up of several upscale shopping malls like Cosmos, Sun Flower in Sevoke Road, City Style, Vishal Mega Mart in Burdwan Road and others. 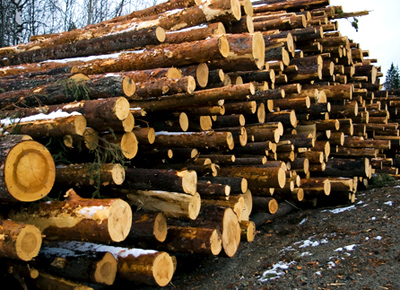 Siliguri has a number of WBFDCL joinery and carpentry units supplying high quality furniture as well as joinery items to the public at competitive prices. Besides, sawn timber is sold to buyers and dealers in bulk from the Government Saw Mills in Siliguri. WBFDCL is responsible for selling sawn timber like Sal, Teak, Dhupi and Jarul at fixed prices to the public through its retail sales centres in West Bengal including Siliguri.

Transport and Automobile Companies in Siliguri

Siliguri has created a benchmark in the transportation industry as well. A large number of auto mobile companies like Maruti Suzuki, Toyota Kirloskar, Honda Siel, Tata, Ford, JCB, Hyundai, Mahindra & Mahindra, General Motors and others have set up their showrooms in the city. Another interesting trend is the establishment of two wheeler showrooms in Siliguri which speaks a lot about the city’s economic potential and the upward mobility of its population. Some of these top ranked companies include Hero Honda, Yamaha, Kinetic, TVS Suzuki, Honda Scooters, Bajaj and LML. 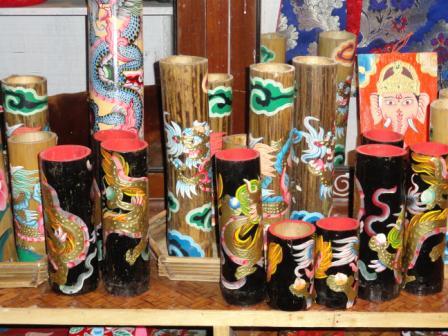 Tourists who stopover in Siliguri before heading towards their hill destinations are known to always shop at the local markets in Siliguri which showcase exquisite handicrafts to carry back as souvenirs. From decorative items of clay to woollen garments and carpets, canework, bamboo crafts to furniture, Tibetan paintings and Sikkimese wall art and replicas, wooden art products including wooden fashioned prayer wheels; the range of handicrafts and antics which are on offer here is simply amazing. There is an increasing demand for these handicrafts from the hilly regions not only among tourists but also among the general population all over the world.

Siliguri also possesses two cooperatives owned by the state government i.e. the Himul Milk Processing and Dairy Cooperative and the Kanchan Food Processing Cooperative. These aim to enlarge the commercial and financial limits of Siliguri.

Lastly, several specialized economic centres like the Food Park, Information Technology Park, Health City, Inland Container Depot, Small Engineering Park and other township projects have been set up in the city of Siliguri to enhance its growing economic development.

Comments / Discussion Board - Business and Economy of Siliguri